We are an online platform offering a theoretical basis and practical application for all aspects related to multi-directional speed. Our goal is to disseminate information to scientists, coaches and athletes, who are striving to optimise performance and minimise injury risk in their respective sports.

Our team consists of four members: Tom Dos’Santos, Alistair McBurnie, Chris Thomas, and Paul Jones. As a collective, the Science of Multi-Directional Speed Team share a passion for science, research and innovation, which underpins our philosophy and ensures our content is always driven through the lens of peer-reviewed, scientific rationale. 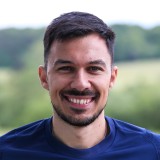 Having completed his PhD in Sports Biomechanics at the University of Salford (2020), where he investigated the biomechanical determinants of performance and injury risk during change of direction, Tom has published approximately over 80 peer-reviewed journal articles and is also a visiting lecturer at Middlesex University and the Football Science Institute. 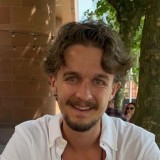 Alistair McBurnie, BSc (Hons) is a Sports Science Analyst at Manchester United F.C., United Kingdom. His primary role involves supporting data analytics and on-going management of all performance-related data within the Athletic Training Services of Manchester United’s 1st Team. His previous roles at the club have involved supporting the sports science, strength and conditioning, and performance analysis services within the Academy. Alistair has also worked as an intern sport scientist and strength and conditioning coach at both Salford City FC and Rochdale FC.

Since graduating in 2018, Alistair has featured in 10+ research articles alongside being an applied practitioner in elite soccer. He has recently began a part-time Post-Graduate Research Studentship with Nottingham Trent University, where his main research interest will cover the topic of multi-directional speed profiling in elite soccer. Specifically, his aims will be to evaluate the high-intensity movement profile of soccer players and establish a more quantitative and qualitative basis for evaluating the movement demands of the sport. 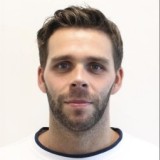 Chris Thomas, PhD, MSc*D, BSc (Hons), CSCS*D, ASCC is a Strength & Conditioning Coach and Performance Support Lead for Track & Field at Aspire Academy, Qatar. His main role is overseeing athlete support and research projects from creation to execution, while also collaborating on innovation initiatives with key stakeholders across the Academy.

Chris also has PhD in Sports Biomechanics from the University of Salford, where his passion for sciences and innovation has seen him feature in over 60 peer-reviewed journal articles, primarily in the areas of change of direction biomechanics, asymmetry, and strength and power diagnostics. 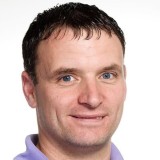 Paul has over 18 years’ experience in Biomechanics and Strength and Conditioning support to athletes and teams, working in sports such as athletics, football and rugby and was a former sports science support co-ordinator for UK disability athletics (2002-2006). Paul has authored/ co-authored over 100 peer-reviewed journal articles, mainly in the areas of change of direction biomechanics, assessment and development of speed, change of direction speed & agility and strength diagnostics. Paul has co-edited a book ‘Performance Assessment in Strength and Conditioning’ by Routledge and is a member of the BASES Accreditation committee.